Numerous mobile apps are released everyday. Today, there are around 3.3 million apps available in the Google Play Store, and about 2.11 million apps available on the Apple App Store (Statista). Among such a plethora of options, the real question among mobile app development services is how to get noticed. Not only must your app fulfill user demands and make their lives easier, it must also get the full support of digital marketing services to actually reach these users. Only then can an app be successful in today’s competitive market.

How to Make Sure Your App is Successful

Here are a few tips that you need to follow in order to ensure your app’s success and profitability.

Even if your app has a great idea and approach, it is important that you clarify your niche. Dozens of apps are launched daily, and the marketplaces are already overflowing with apps of every kind. As such, it is important that you define and understand your app users and potential users, and further evaluate and learn from all competitive products. You can market your app to any kind of niche you want, no matter how narrow or broad. A very narrow niche (like an app for only a certain kind of professionals) won’t have too much traffic, but it will show higher conversions. On the other hand, a broad niche (an app for people that enjoy shopping) can have a significantly bigger pool of potential customers, but will also have much fiercer competition.

Either way, it is important to uncover people’s pain points, which will ensure that your app can add value to their lives and thus be successful. As long as you are open to listen to and understand user behavior, these people can easily be attracted and turned into loyal customers. For this, it is important to participate in and study forums,speak to business owners, study pre-existing products, and surf all available online resources as well as social media.

The app stores are the primary distribution centers for your apps. However, ranking well in the app store is certainly not easy. There are millions of apps available today, and a huge majority of them are yet to be discovered and used by their intended audiences. This doesn’t necessarily mean that they are bad apps, but they do lack proper marketing and optimization. There are 3 primary ways by which an app is revealed to users:

App Store Optimization, or ASO, is a general way to make sure that your app is discovered by your intended users in an oversaturated and competitive market. You may consider it as SEO for mobile apps. This needs to be diligently done with keywords, titles, and descriptions that can overtake your competitors. You must try to come up with a unique name for your app, and use the right keywords to ensure that your SEO is on-point. Also include additional content that will help users decide if your app is the right fit for their requirements. Screenshots and video explainers might be helpful for this. And it is also important to be patient, since it could take years of regular optimization and updates to crack the top 10 of your app category.

The end-goal of any business is to make money. A successful app business will either have a large portion of traffic turned into sales, or significantly reduced operational costs. However, the profit comes later in the process, while costs occur all at once. Plus, a marketing budget should also be set aside for both pre and post-launch promotions. Therefore, a good monetization strategy can also be a good idea. Some common models that developers go for are:

True success for your app can be measured simply through the efforts and success of your app promotion campaigns. Marketing is extremely important for an app to reach its intended users. But it is also important to define how best to market an app, both before and after launch, and identify what channels can best deliver the app to your target users.

One of the simplest ways to promote your app, especially pre-launch, is to use social media channels that are potentially used by your target users – Facebook, Twitter, Instagram, LinkedIn, or more. You should also consider joining like-minded groups on Facebook and LikedIn where you can spread the word about your app. You should post regularly, and encourage people to give the app a try once ready. You should also consider blogging and creating podcasts related to your product.

You can also go for PPC advertising after you have launched your product. It’s a good way to get an instantaneous boost in social media following. However, it isn’t risk-free since it requires a budget of its own.

Advertising your product through the press also lets it potentially reach a lot of users. Before Evernote launched, they had articles written about them by TechCrunch, and that led to a few thousand sign-ups for Evernote’s beta model. So reaching out to news portals is definitely a good way to get additional promotional support, even if you will not have a say as to who you’re advertising to specifically.

You should also make sure you have a strong PR kit before you go for garnering press attention. Your kit should have an app summary guide, screenshots, design materials like icons, logos, & banners, an introduction video, at least one walkthrough video, and perhaps even a picture of the founder(s), along with their biographies and mission statement.

Partnering with relevant, well known bloggers and other online personas is also a great way to gather interest for your app among like-minded individuals. For example, Kevin Systrom (founder) allowed a number of influential Twitter bloggers to try Instagram’s beta product before its launch. This led to around 24,000 users joining Instagram within the first hour of its launch, which rose up to nearly 300,000 by the end of the third week. Similar influencers and bloggers may be found on LinkedIn, Facebook, and Crunchbase as well. Developing mutually beneficial relationships with such people can go a long way in ensuring your app’s success bintangplus4d.

A website is also a powerful marketing tool. A huge chunk of people search online for products and services, which is a huge chunk of potential business that you’re losing out on if you don’t have a website. An SEO-optimized blog on your website with regular posts about your product is also a great way to market your app.

That said, a specific landing page for your app on your website is also a very good idea. This page needs to be promoted through Google Ads, social media, influencers, and your mailing list. The page must talk about the features and benefits of the app, and also include screenshots, demo videos,and a sign-up form. You can include the download link too once you have released your app murah4d.

While Google Play and the Apple App Store are the most popular, they aren’t the only places you can launch your app. Consider the following app marketplaces as well:

As the number of apps available keeps growing, a strong promotional strategy is one of the key challenges for the success of any app. It is the only way to reach and connect with potential customers. With the points outlined above, you should be well on your way to ensuring your app’s success, and its engagement with users over a long period of time. 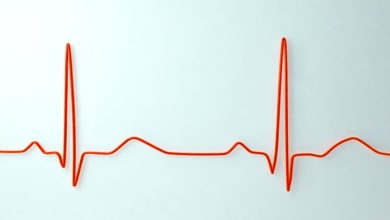 How to Increase Your HRV With a Heart Rate Variability Chart 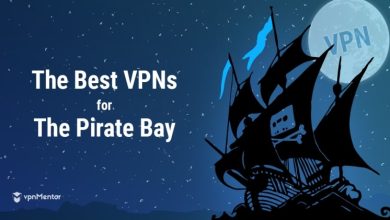 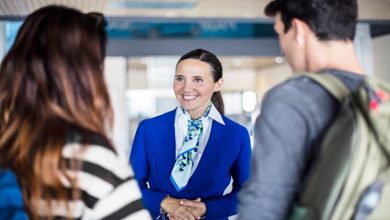