Why You Can Never Go Wrong With a Classic Pepperoni Pizza 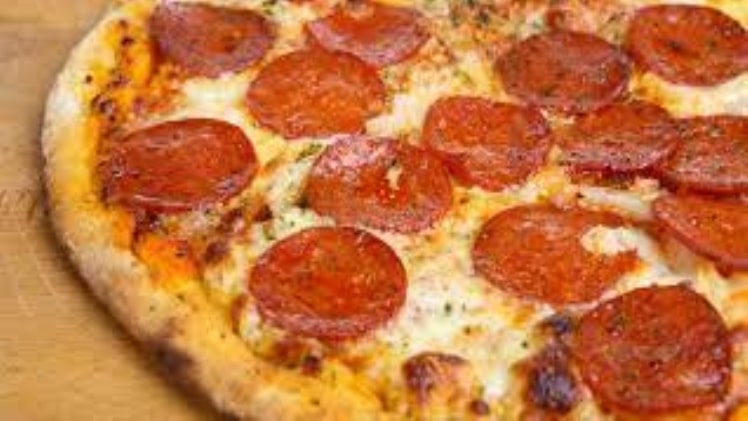 It’s estimated that Americans spend over $38 billion each year on pizzas. That’s over 3 billion pizzas. Some estimate that the average American eats 40 pizzas per year. Wondering what the most popular pizza is? It’s the classic pepperoni pizza. Pizza might have originated in Italy, but Americans have made it their favorite meal. Over a lifetime, most Americans will eat over 6,000 slices of pizza. Make sure you’re getting quota of pizza by ordering pizza from Papa Johns.

A Little Spice & Everything Nice

Pepperoni is 100% American. It’s a cousin of the Italian salami or soppressata. These dried salamis took months to cure. Americans wanted a quicker product to put on their pizza. Pepperoni is a little less spicy than their Italian cousins and a little sweeter, more in tune with American tastes. It’s a steamed meat that will crisp and char in the oven when it bakes. Pair it with mushrooms and you’ve got a real treat. The fat from the pepperoni cooks the mushrooms and makes them yummy.

Pepperoni is just one pizza tradition that began in America. Another is serving pizza with ranch dressing, which tends to more of a southern tradition. Go to Altoona, PA for a pizza topped with American cheese instead of mozzarella. They cut it into squares. The Chicago-style pizza has a thick deep-dish style crust with the sauce on top instead of cheese. St. Louis style pizza is a thin crust, almost a cracker. Provel cheese tops the pizza and it, too, is cut into squares. Although some believe the pineapple pizza is a Hawaiian creation, it actually started in Canada in 1962 by a Greek immigrant who owned a restaurant. He tried different combinations of ingredients on pizzas, with ham and pineapple becoming one of the most popular.

Pizza is an American tradition that isn’t going anywhere. Pepperoni might be the most popular topping, but with hundreds of options for different pizzas, you’re sure to hit on a great pizza when you’re planning a party. When you order pizza ahead, you can have pizza delivered on your time frame to feed a crowd. You can plan your menu on your time because you can order anytime 24/7 before your party. Plan a wide variety of pizzas and sides to please all your guests.

Papa Johns CEO Rob Lynch believes that quality is at the core of Papa Johns. You want a great pizza for a great occasion. Whether you’re planning an unforgettable birthday party, hosting a family gathering or celebrating a work milestone with colleagues, the food contributes to the memories. You want a pizza made with quality ingredients, from fresh dough, a signature sauce, delicious cheese and quality toppings. Papa Johns doesn’t use cheap and processed ingredients. We work hard to make sure you’re getting a great pizza. We believe in diversity and teamwork. We put people first, our customers and team members are important to us. Most of all though, It’s Pizza, It Has To Be Fun!

Imagine you're in the market for a portable laser cleaning machine. You've done your...
Previous articleHow and why should one get the most out of an air purifier?
Next articleHow To Automate Your Business Processes With Robotic Process Automation